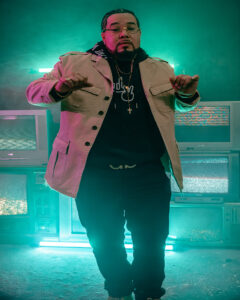 Hailing from the entertainment capital of the world, Las Vegas, a place where all the talent around the nation is imported, comes an emcee, weighing in at a heavy 160 pounds, ready to make his mark on the entire country. In this corner, is a record industry of politics, and in this corner, is a star, waiting to shine light on the entertainment world.

With a city of emcees and hip hop talent behind him, Samson takes a step into the forefront and lets it be known who is really the people’s champ. Since birth, Samson was surrounded by musicians. Born into a family, where his father was a drummer/preacher/all around entertainer and his mother sung in the local choir, Sam Barnum, has had a gift for getting people to hear him.

He fell into a group of like minds, who all began making hip hop music in 2000 and so started his journey. After a span of only five years, Samson has won an entire city of hip hop fans, through different avenues in Las Vegas. Whether it’s holding down the longest hip hop event, Sunday Skoolin’, on a weekly bases, or performing on the strip… Samson has been known to take titles at every emcee battle in town.

Transitioning from the battlefield world of emcee battles, Samson has emerged after a brief hiatus, to create an entire new sound that rivals anything previously heard in hip hop today. Prepped with an arsenal of top producers from across the globe, Samson is ready to to release a barrage of new singles and videos followed by an untitled EP. His wicked wordplay, candences, and stage performance attracts new fans, A&R’s, label exectives, and fans of all demographics and walks of life.

Samson has been compared to JCole, Lil Wayne, as well as sharing the stage with many of the artists he grew up listening to.

Ready to venture out and make his mark on the planet armed with nature talent and the ability to master any ceremony, Samson is one of a kind artist that will never leave a venue without his presence being felt.

This is The Way
https://executiveorder.lnk.to/ThisIsTheWay 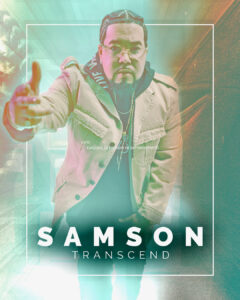